The pictures don't look very exciting, but I am excited! The electrician has been working hard and will finish up tomorrow.  Chris put up all the cans for the recessed lighting and the wiring is just about completed. 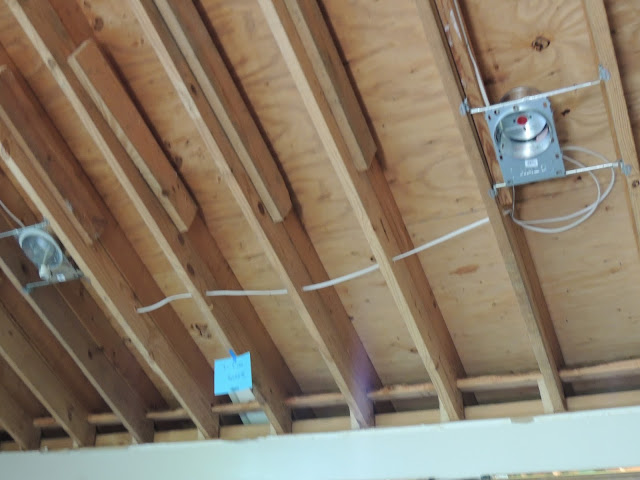 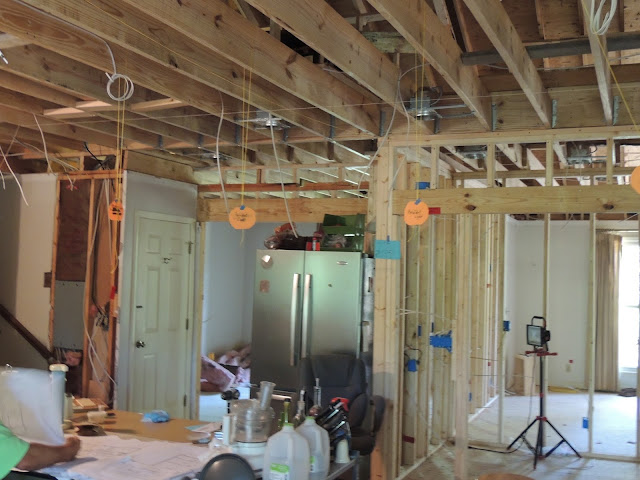 Found the chandelier for my craft room, the foyer light and the pendants for over the island. 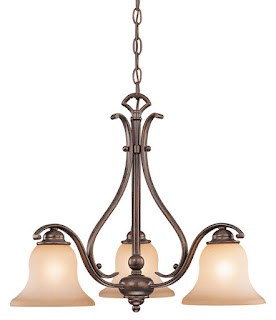 Shortly after my surgery, I got on-line and started looking for other dealers for the hardwood floors we picked out. I talked to a guy in Kentucky who promised and delivered the best price.  Upon questioning him, it turns out he used to have a store, but retired.  Now he says he is reopening his store. At any rate, he had the best price, but I was a little concerned so I called the manufacturer who hooked me up with the regional rep.  The rep said he wasn't set up as a dealer and couldn't order.  He called the floor guy and he got set up, so that sounded legit. To protect our sizable monetary investment in these floors we decided to pay him with a credit card and bite the bullet for the $511 credit card fee in exchange for the security of knowing that we would be protected.  Well, my card was charged immediately, but he couldn't order the floors because he never completed the paperwork with Square the iPhone credit card app.  He promised a full refund and asked us to pay half the cost of the floors and he would pay the other half until delivery.  He did give me a full refund. So after physical therapy, I met him in the bank parking lot with a large check.  Ten minutes later I get a phone call from the bank asking if they can cash the check.  I said yes, but I was getting more and more concerned about who we were dealing with.  Fifteen days later, he is on his way to our house with a van and trailer loaded with our floors.  He would not allow anyone to unload until he got his check.  Chris refused and said we had to open one box to insure that we were getting what we ordered. 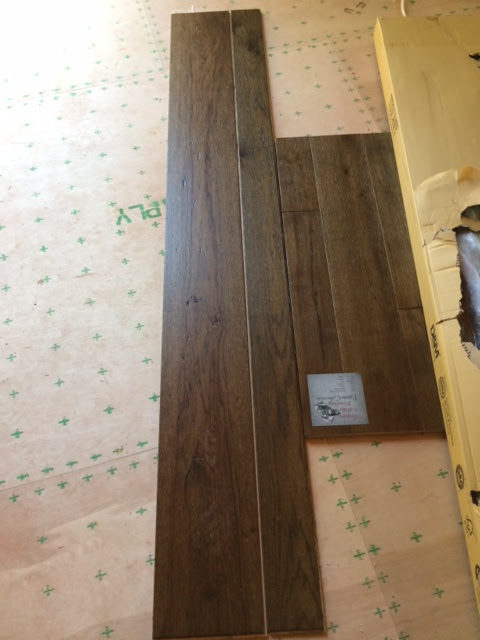 Sample on the right, out of the box on the left. Perfect match! 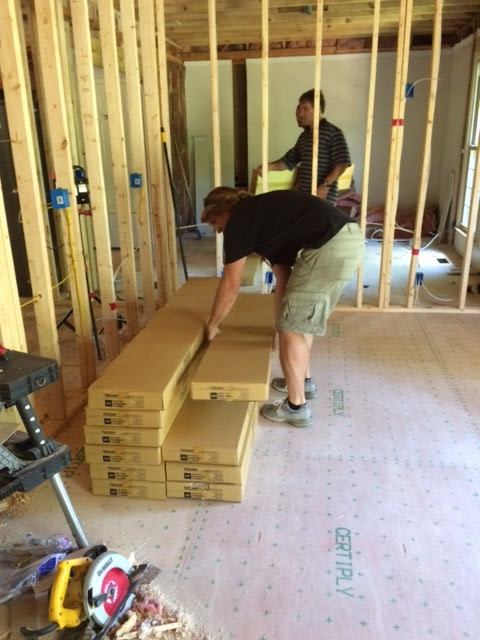 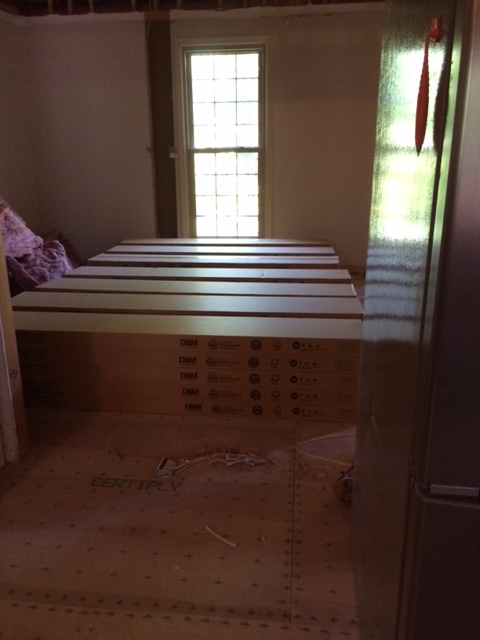 Six guys and 90 minutes later the floors are loaded in the house. Whew, what a sigh of relief from me.  I saved a ton of money, but may have lost some hair worrying about this deal.
The electrician will finish tomorrow, the plumber will come and then the sheet rock goes up!  We decided to plank the dining ceiling and we are going to wash it with the watered down blue paint from the upper cabinets. 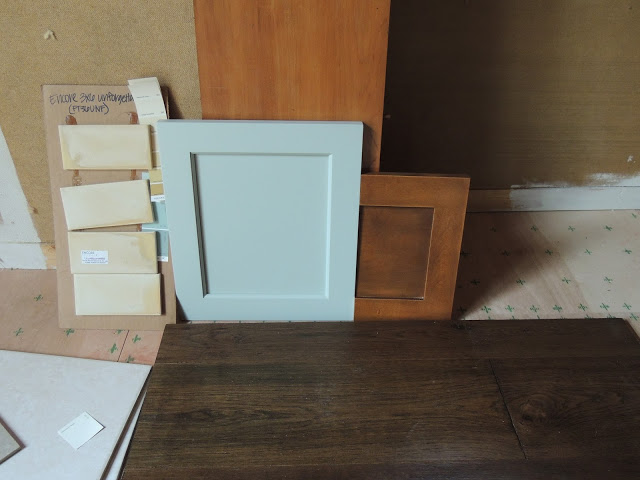 This will also be the color on the back wall of the two
built in china display cabinets on either side of the back door in the dining room. The cabinets will be stained, but the back wall will be paint washed blue. 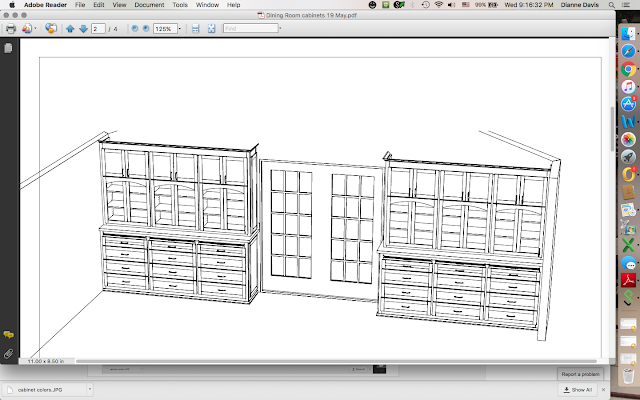