We have two habitat stores in Nashville.  I don't go there very often.  Our contractor apparently does and that turned out to be a good thing for us.  You may remember that we opened up the high ceilings in the dining room, but then we decided that those 6' doors were too squatty and we needed something to bring light in above the doors.  We contacted our architect who suggested we replace those doors with 8' patio doors with a 2' transom above.  We liked that idea, but a new door was going to cost $1250. 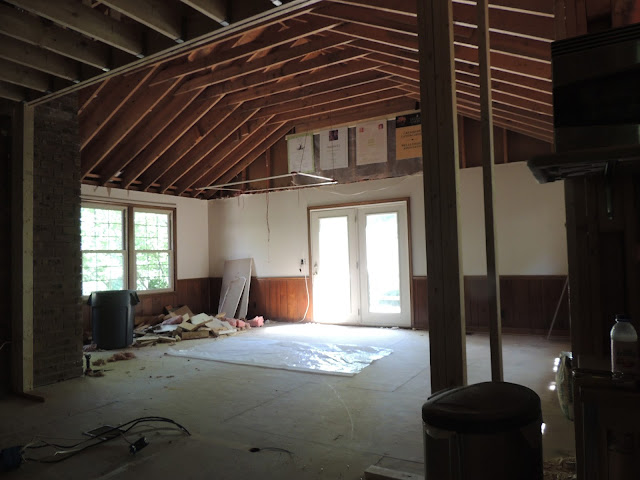 Our contractor told us about some doors he saw at the Habitat Store, so after knee PT, we stopped by to check out the doors.  They were exactly what we needed! 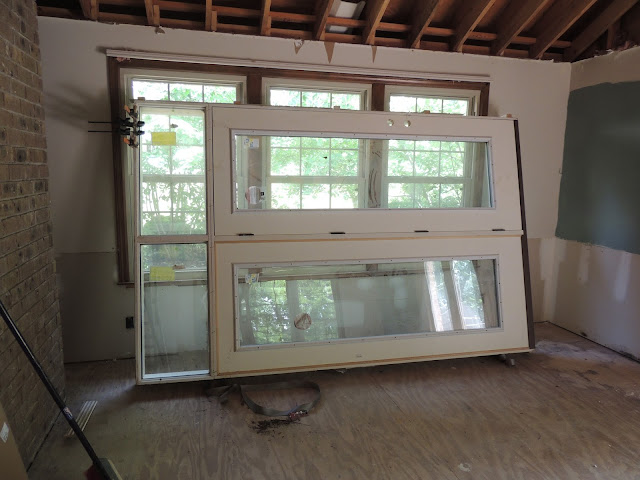 The best part of this story is that the doors were marked down to $300! ChaChing! 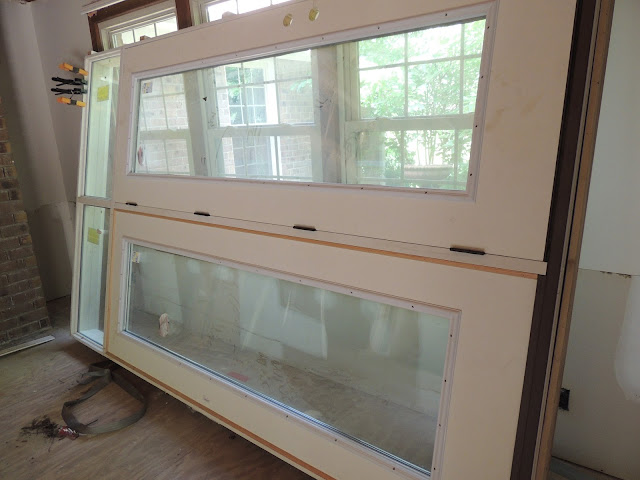 A slight accident in the truck on the way home is being repaired. 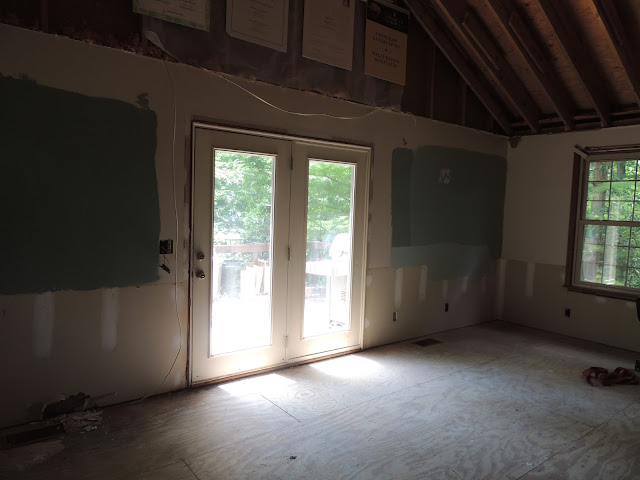 Say goodbye to these doors! 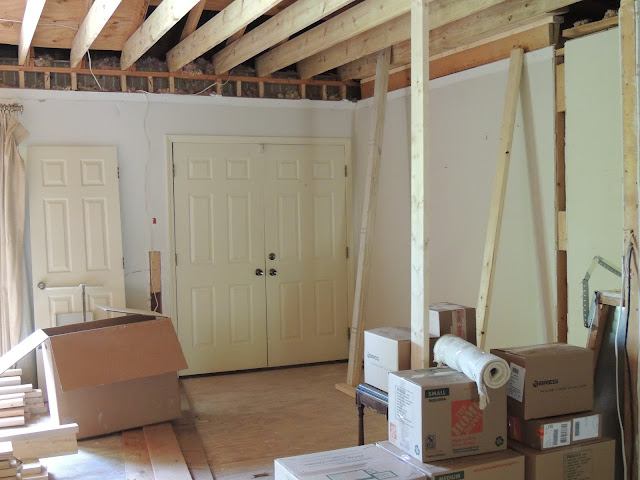 Say goodbye to these doors too!  This is the existing front door which doesn't allow any light into a dark space. We decided early on to replace these doors with a single door with side lights. We had new doors picked out on ETOdoors.com, that we loved, but the new doors cost $2510 plus shipping.  As I was paying for the patio doors, I spotted this set of doors up front. 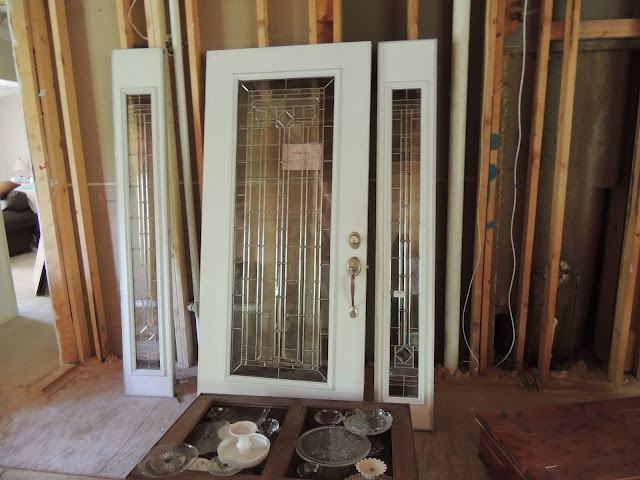 Great bargain at $637.  They are going to brighten up the house considerably!  We saved enough on both sets of doors to add some curved shelving to the TV wall built-in which will eventually be on this wall.  Those curved shelves are very expensive! 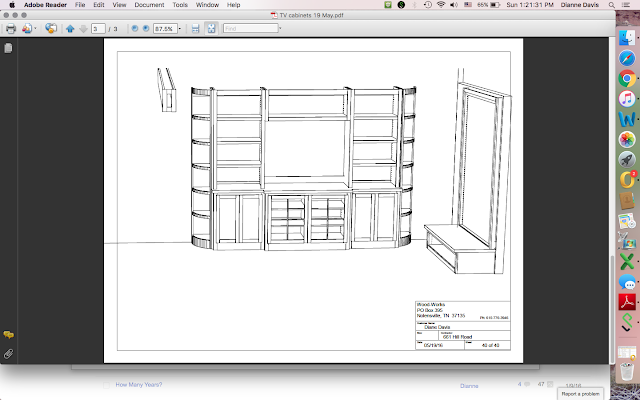 We have been trying to decide on colors.  The upper cabinets and the island will be painted.  We narrowed it down to the colors below. 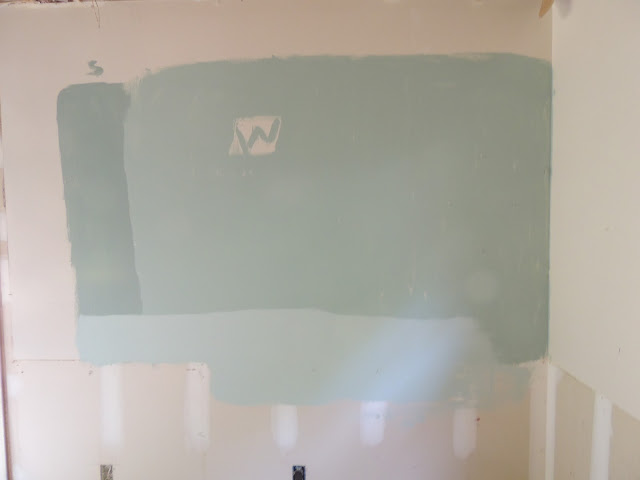 We think we will are going to go with the lightest color on the bottom Benjamin Moore Palladium Blue. 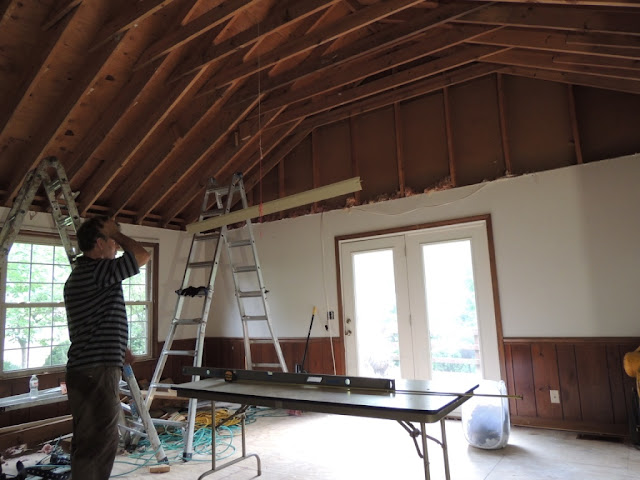 I told Mr Creative that I wanted to be able to lower the chandelier for decorating. 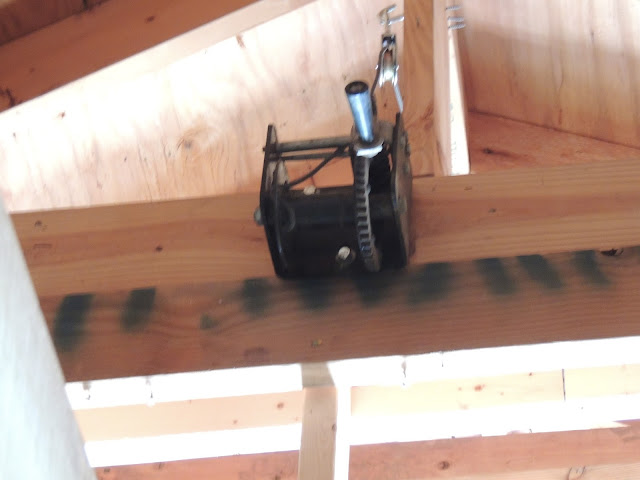 He installed a winch that we can access from the attic and crank down the chandelier to change bulbs, clean and most importantly, decorate! 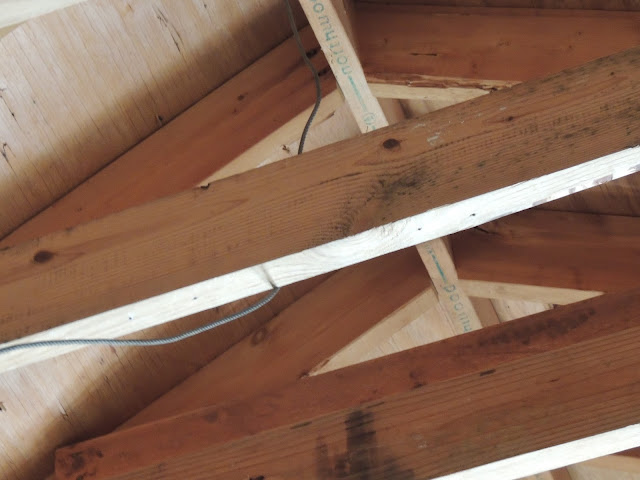 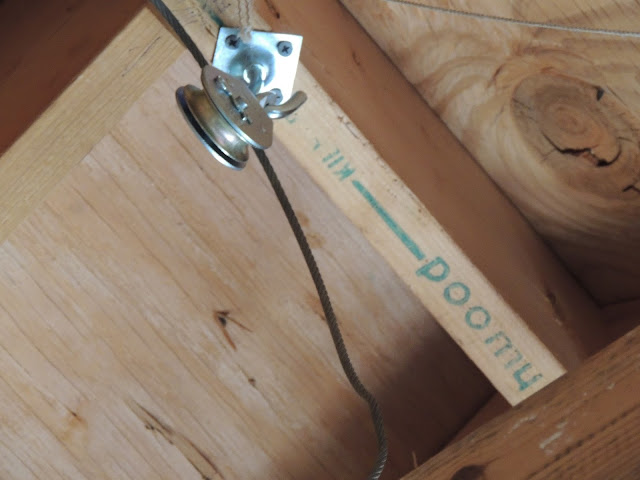 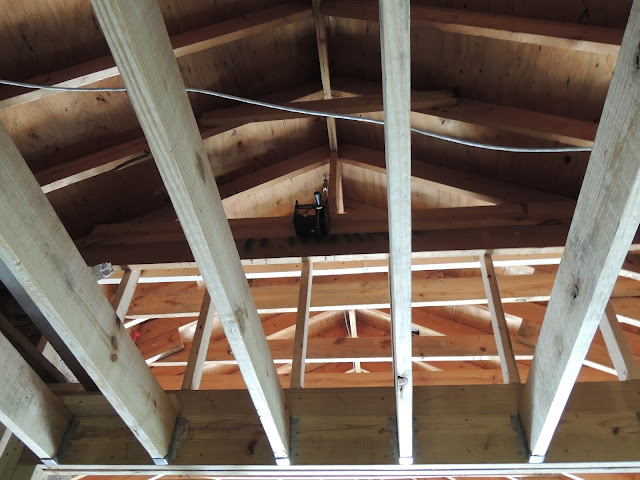