I didn't start out with a country table in mind, my idea was to just  use my green dishes and red quilted place mats.  I loved the look of the green dishes on the place mats, but as I started placing the dishes, I realized they needed some white to separate the layers of green so I started with white chargers. 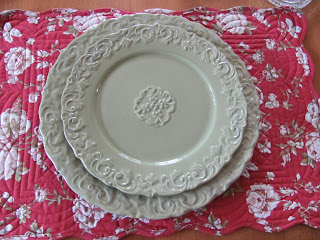 The chargers where on clearance after Christmas at Hobby Lobby for $.68 each, but there was one little problem.... they were metallic maroon.  Don't know about you, but I didn't really have any table ideas that screamed red metallic maroon. 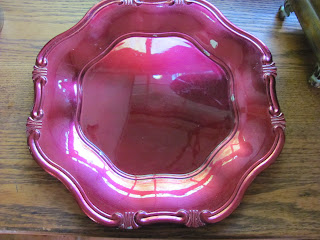 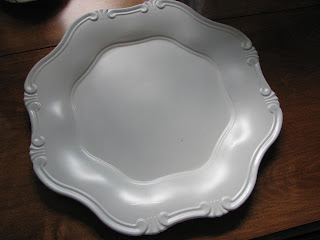 So I pulled out the trusty spray can and made them what I needed!  The white was too dull, so after two coats of white, I hit them with some clear coat. 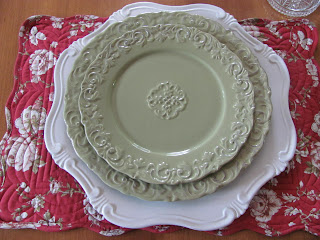 Better, but still not enough white. 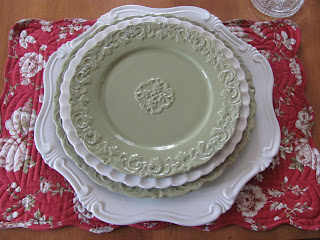 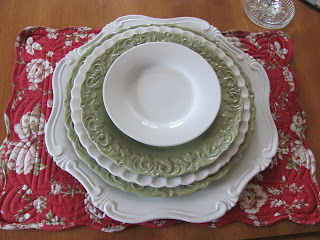 So I topped the stack with a white appetizer plate.  Just right! 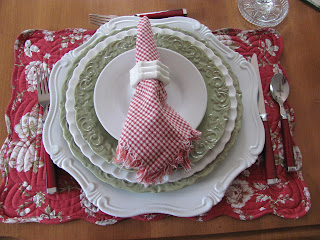 When I went looking for napkins, nothing fit until I tried the gingham.  That's when the table went country for me, so I went with it. 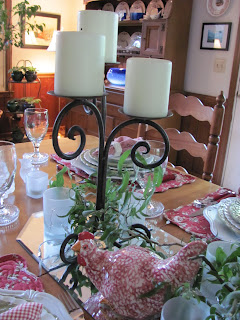 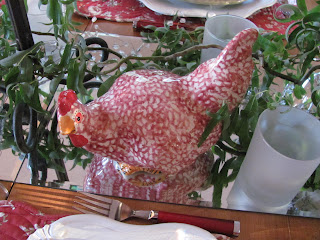 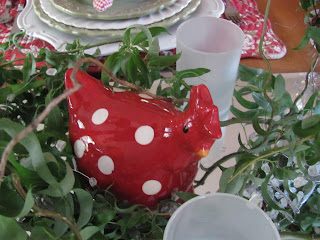 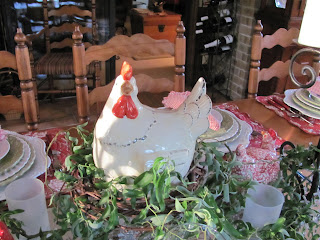 And the perfect country accent..... Chickens and curly willow! Had to jump in the car and run to my MIL to rob borrow some curly willow from her tree. 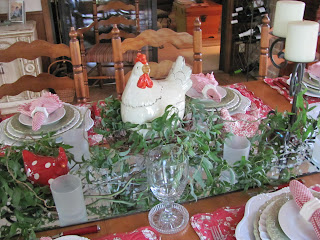 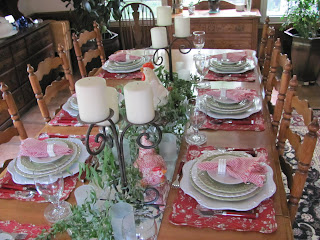 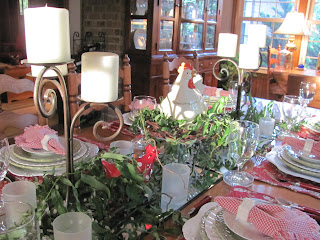 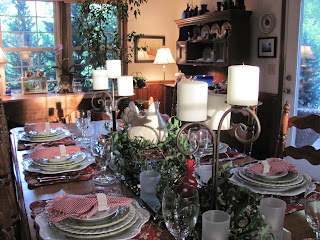 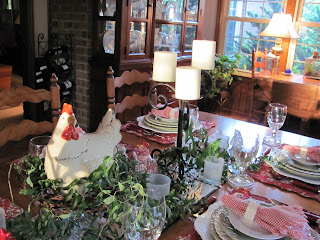 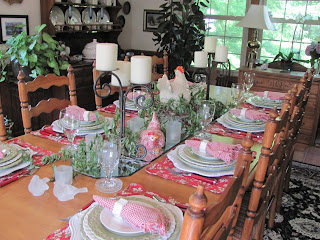 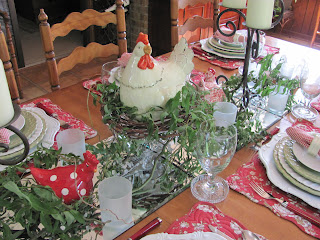 Isn't it great when you have a vague idea in your head and it comes together on the table way better than your idea?
Another great idea is to visit Tabletop Tuesday, and Tablescape Thursday, as well as Seasonal Sundays.
Posted by Dianne at Monday, July 04, 2011