Happy Anniversary to Us!

Fourteen years ago on New Year's Eve I married my sweet husband.

To celebrate, we host a "grown-up" dinner with several of our favorite friends.   In years past, I have tried to go with a sparkly, glitzy table design.  This year, I wanted a little more fun and glamour.
I started with the runners instead of place mats.  I have used black satin runners on past tables which you can see HERE, but this year I found something on Christmas clearance that I wanted to try.... wrapping paper!  Target had this sophisticated black and silver paper that was exactly the right size for my table.  I figured what could I loose for $2.50 right?  I used my Martha Stewart border punch to create a decorative edge. 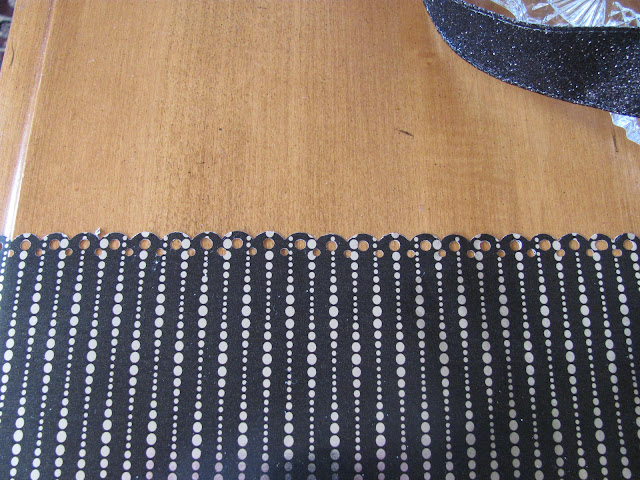 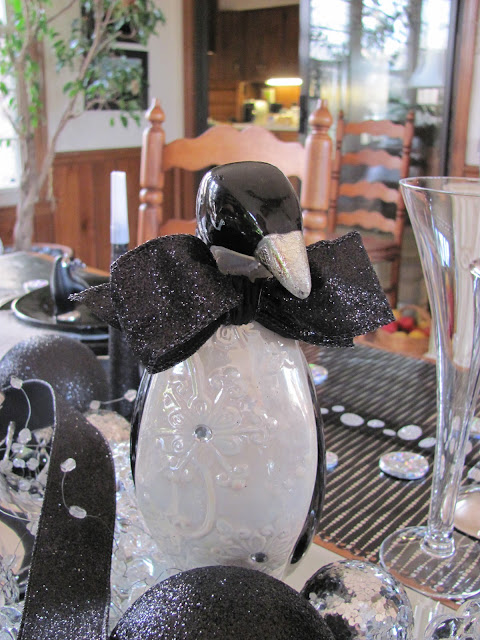 I bought the penguins several years ago and have used them around the house during the holidays, but this year, they were just asking for a fancy bow tie and an invite to the party! 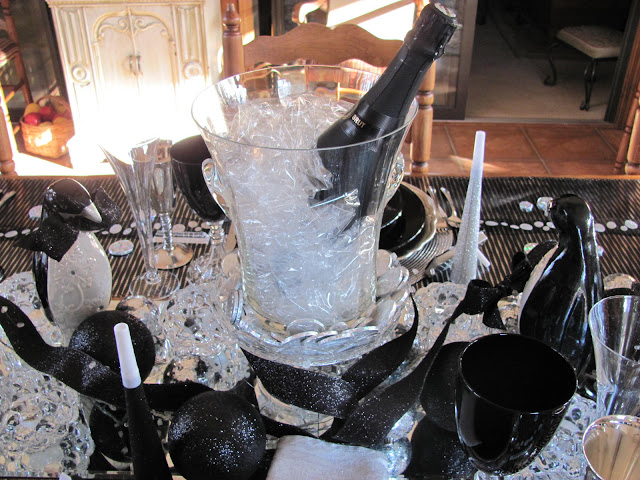 After looking at everyone's New Year's Tables, it appears that many of us were on the "champagne in the bucket" wave length.  I think the guy at the liquor store thought I was crazy because I didn't care how good the champagne was, I wanted the right color bottle. 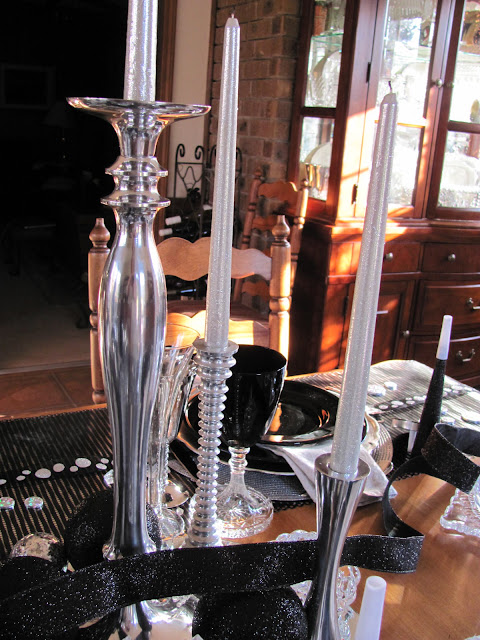 I had the shorter candle sticks and the tall ones were found at Home Goods, as were the sparkly candles. 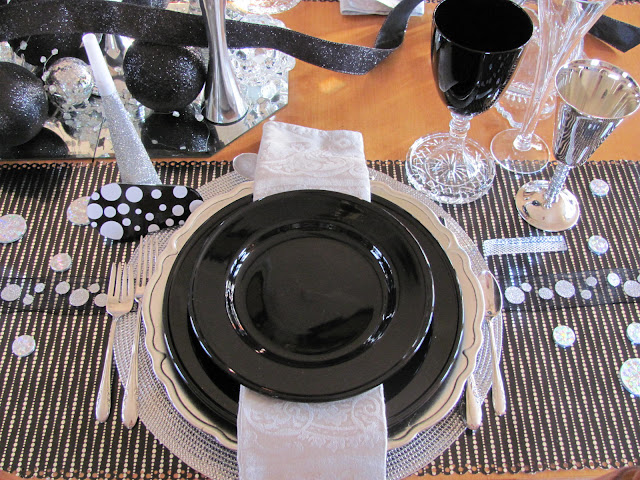 I used metallic place mats, bubbly ribbon, silver chargers and black dishes.  The flatware is Alvin Fashion Lane.  The silver goblets were found in a thrift store in Colorado this summer for $4 each! 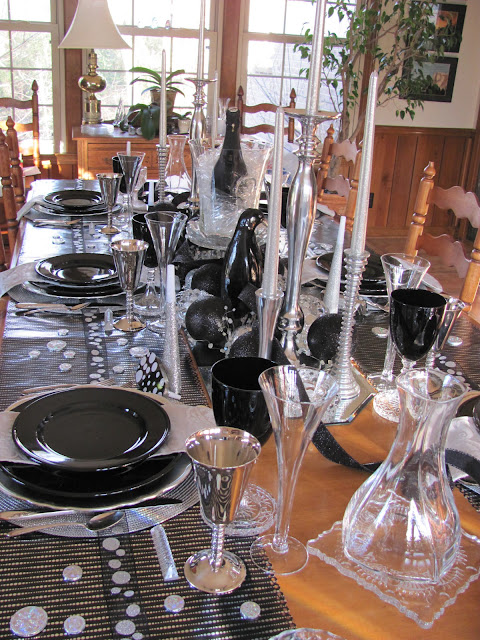 I scattered some silver chocolate coins just in case we didn't have enough food. 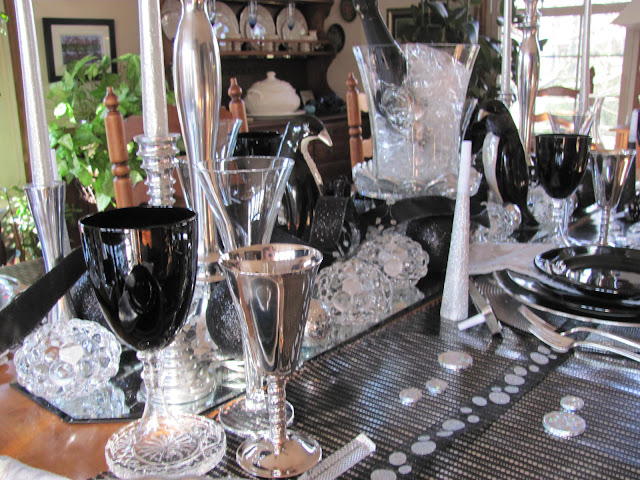 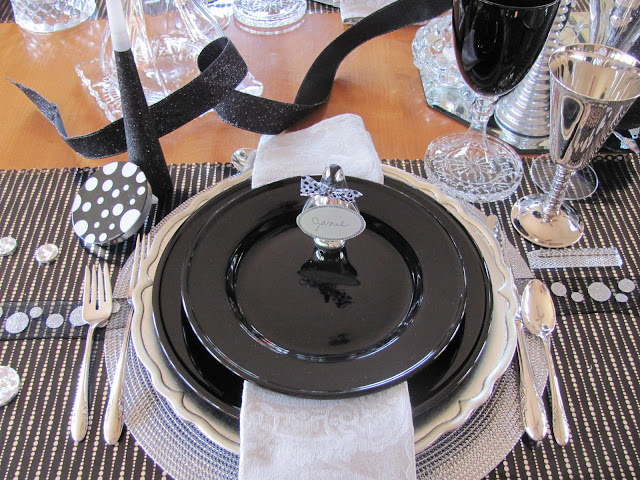 I didn't have a clear idea about the name cards until I turned the corner at Target and found these cute penguin ornaments.  I just snipped off the loop, added a bowtie and declared them NAME TAGS!  Forgive the glitter all over the plates, it was flying everywhere. 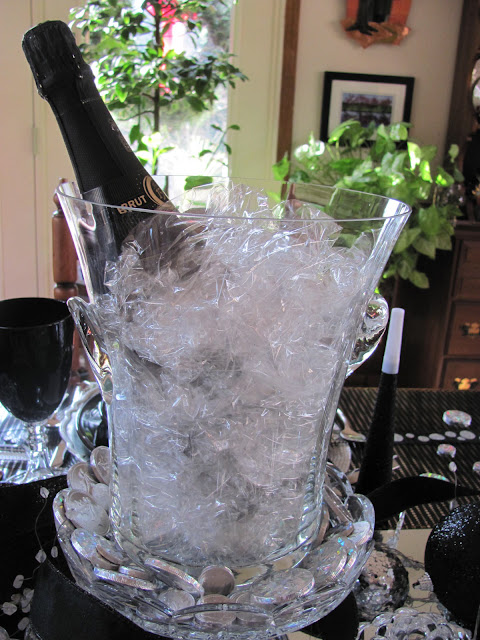 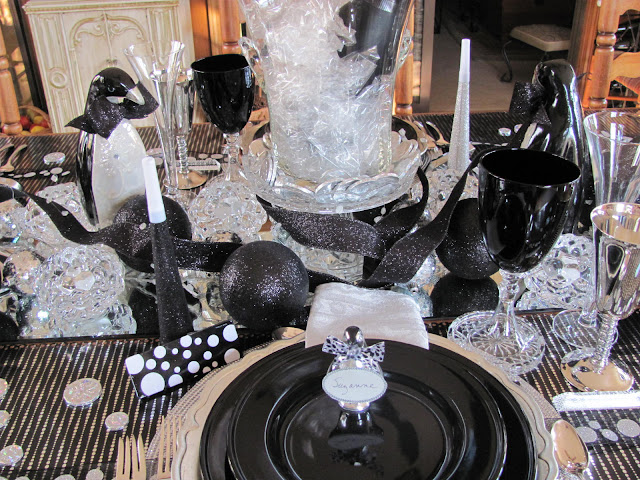 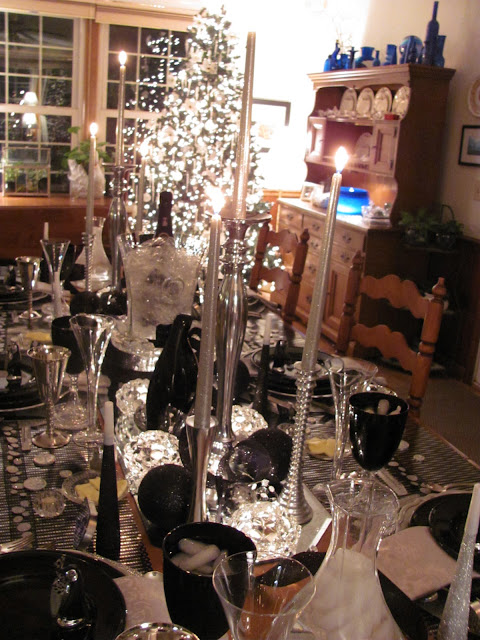 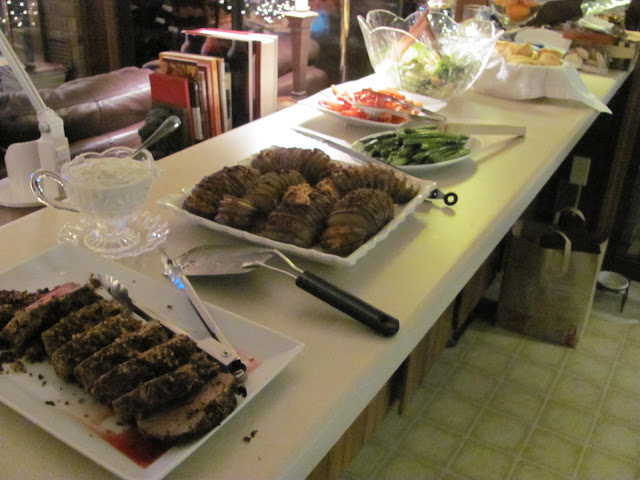 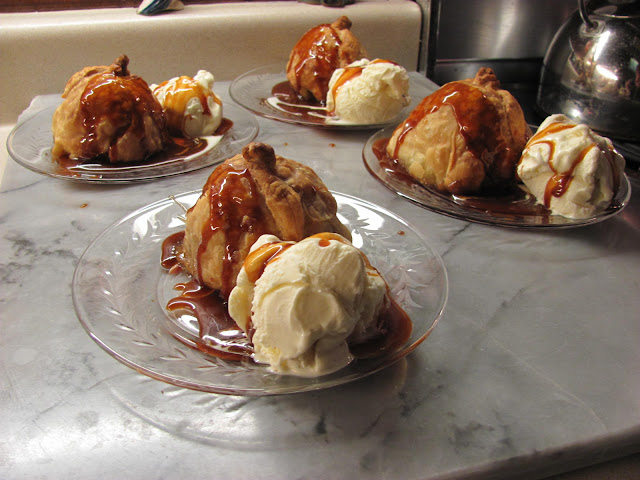 Thom Scott from Scottage Confections in Murfreesboro, TN made the incredible Apple Dumplings served with Vanilla Ice Cream and Homemade Caramel Sauce. Delish!
I think we rang in the new year and celebrated our anniversary in style don't you?  Linking to the following parties with great thanks for the hosts:  Seasonal Sundays and Tablescape Thursdays
Posted by Dianne at Saturday, January 07, 2012