For those new to my blog, New Year's Eve is our wedding anniversary.   All year I thought we were celebrating #17, but after finally sitting down and calculating, I realized that it only been 14 years.  I was never very good with math.  I got it right the last few years which you can see HERE and HERE, but apparently had a senior moment in 2012. 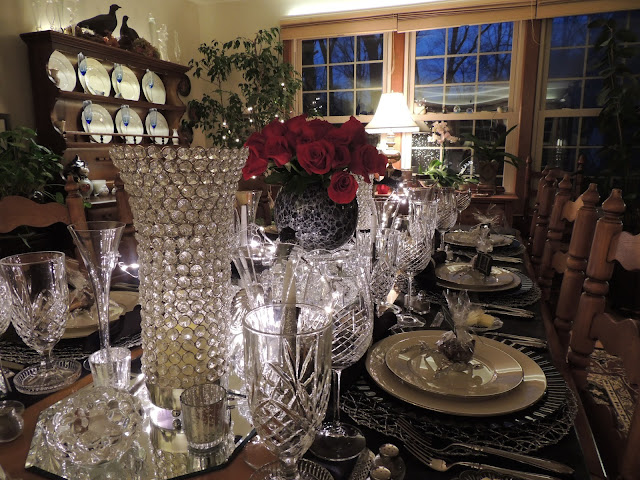 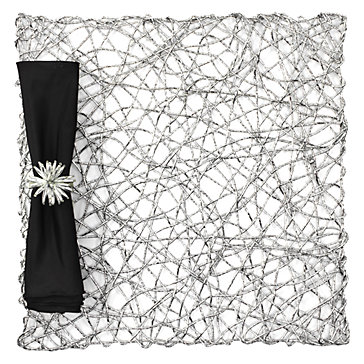 My table started with some inspiration from Z Gallerie on a recent trip to Atlanta.  I loved the look of the woven placemats dipped in precious metal. 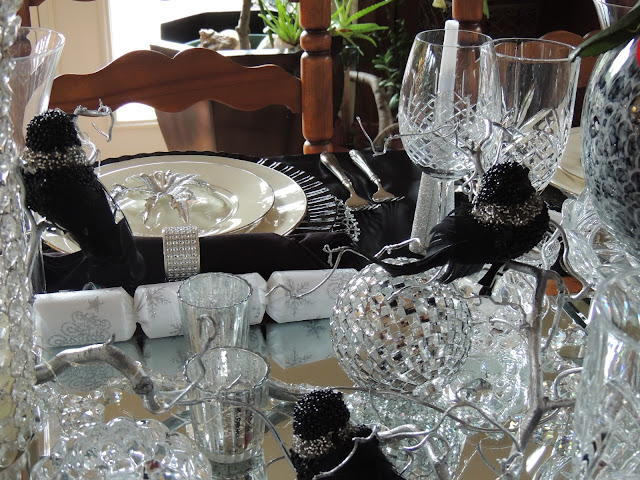 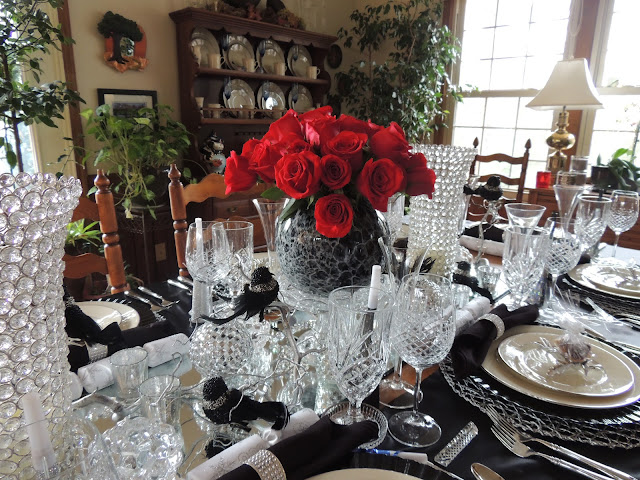 I found my round placemats at IKEA.  They were natural so I sprayed them with metallic silver.  I placed them on black satin runners which I made several years ago.  I used black chargers and my Lenox Maywood china.  Blinged out napkin rings were found at Target on clearance, but I had to go to three stores to find ten. 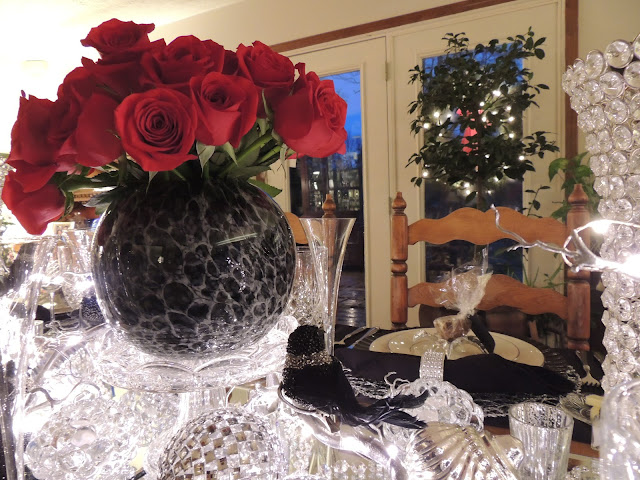 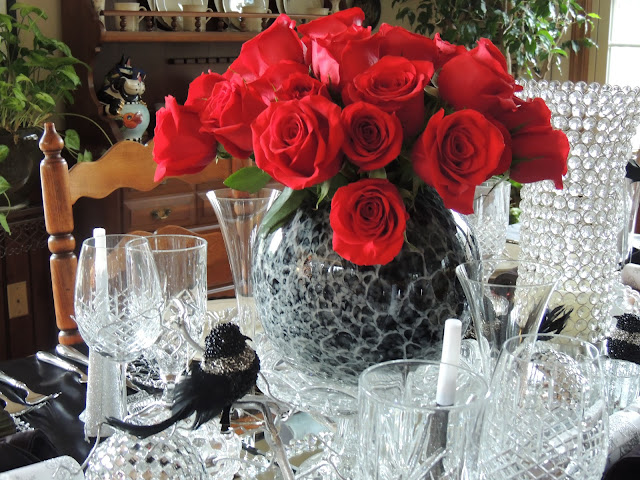 The black marbled rose bowl was found at a local antique store.  It's not old, but I as soon as I saw it, I knew it had to have big fat red roses in it! 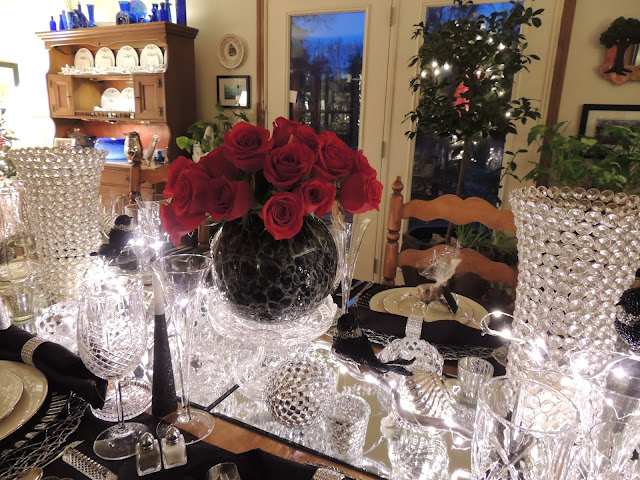 In August we attended a family reunion.  Outside of our Kentucky Lake cabin was a dead Henry Lauder's Walking Stick.  Everyone laughed at me when I asked my husband to cut some branches at put them in the car. 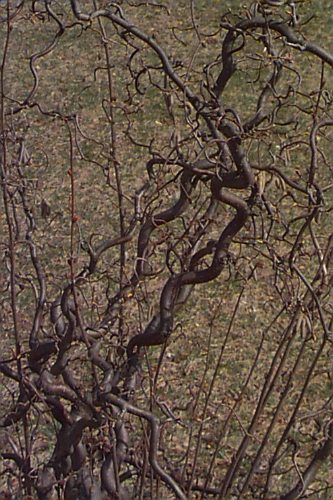 I sprayed them with the same silver metallic paint and then wrapped them in fairy lights. 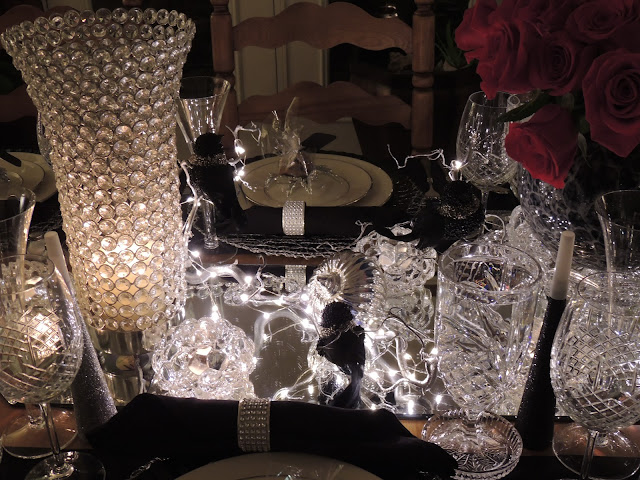 I added my Orrefors votive holders, some silver balls and black birds with silver beaded collars to perch on the branches. 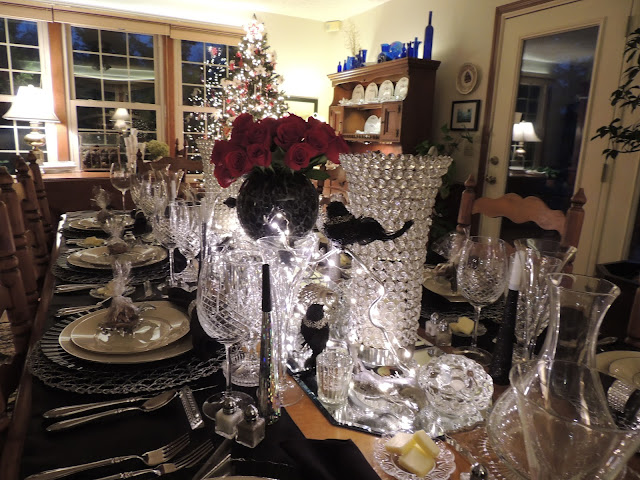 The candleholders were found on clearance at Ross last year. 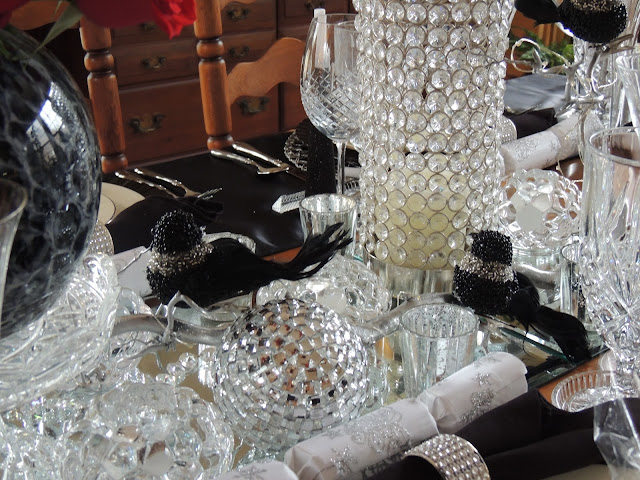 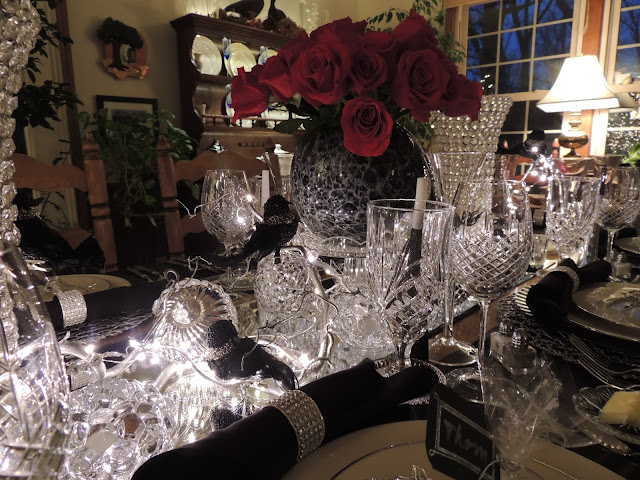 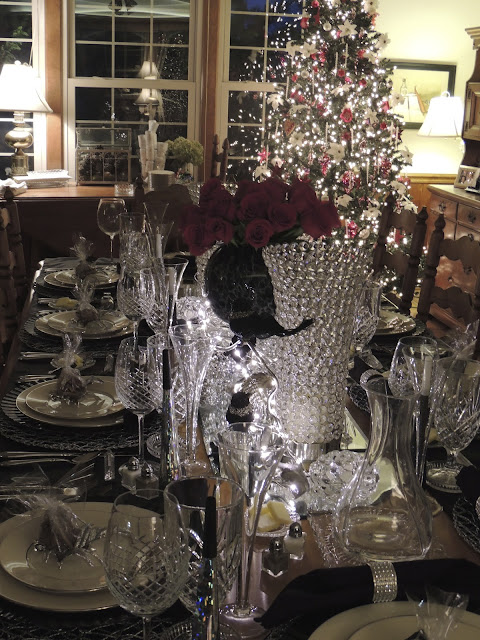 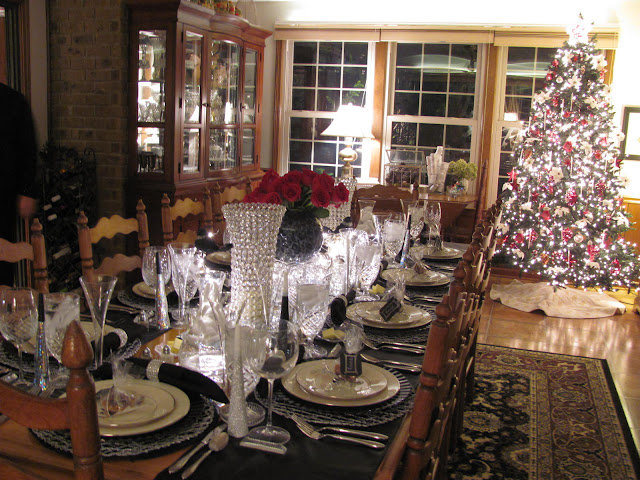 A little silver ornament at each place holds a package of Joni's, from Red Couch Recipes, Grandmother Utahna Felix's English Toffee and a name tag.  You can find her recipe HERE.  She was right, it is totally addictive. 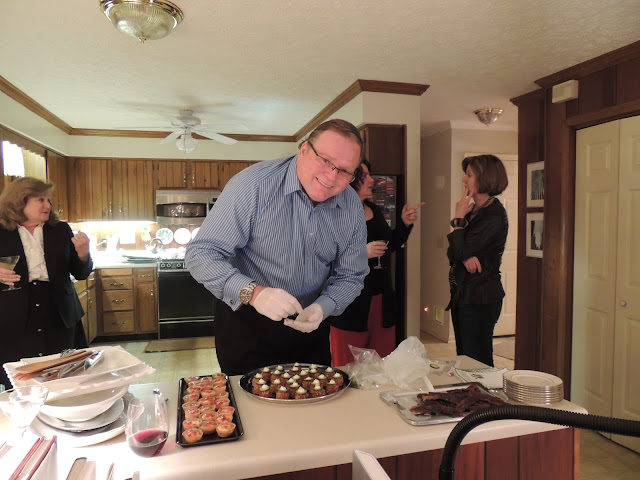 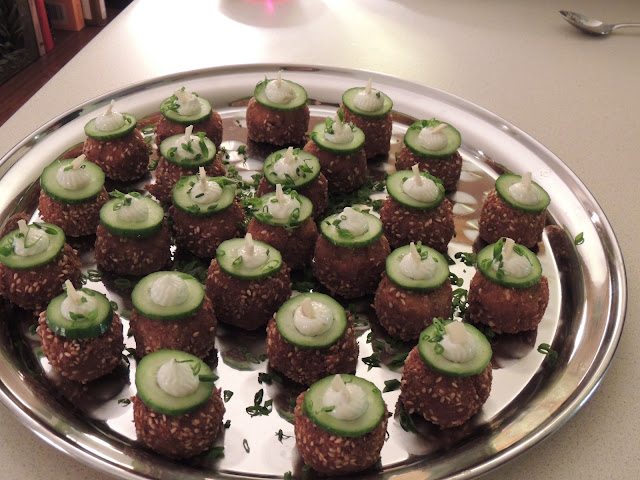 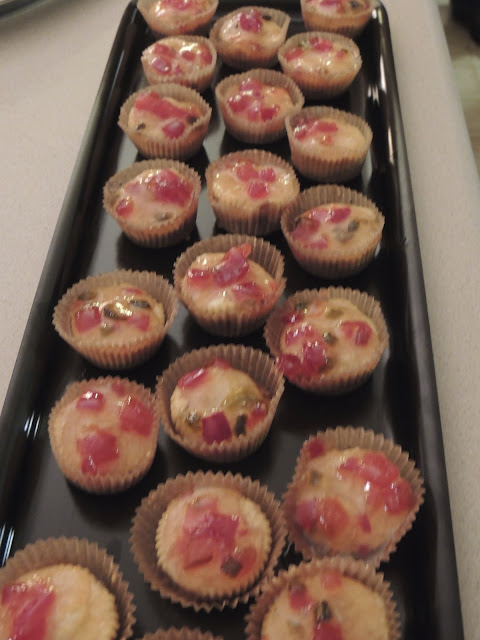 Fred brought beyond delicious crab cakes and his significant other made goat cheese tarts with a pecan crust for our appetizers.  I made some caramelized applewood smoked bacon which was A-M-A-Z-I-N-G! I will share the recipe at the end.  It is not healthy, but once a year it's worth the effort. 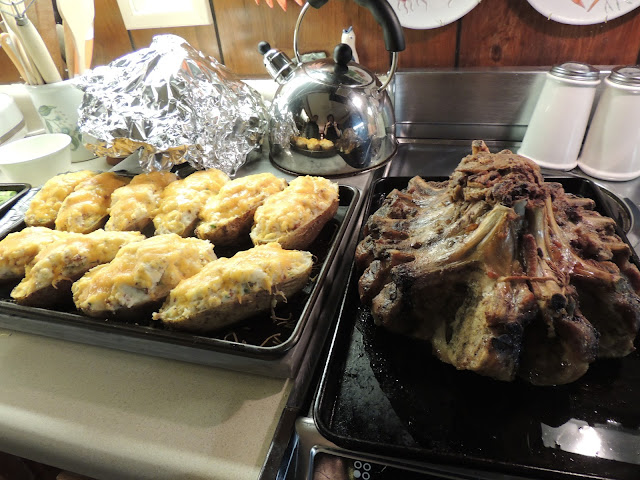 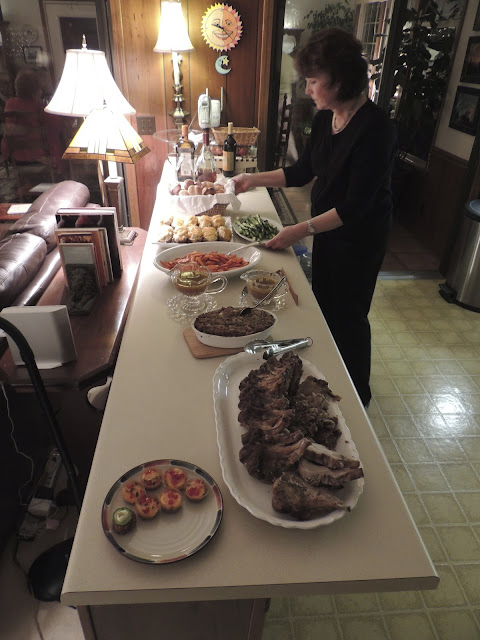 Served with Janie's Roasted Carrots and Broiled Asparagus and Thom's tender rolls. He makes wonderful rolls, but his desserts outshine everything. 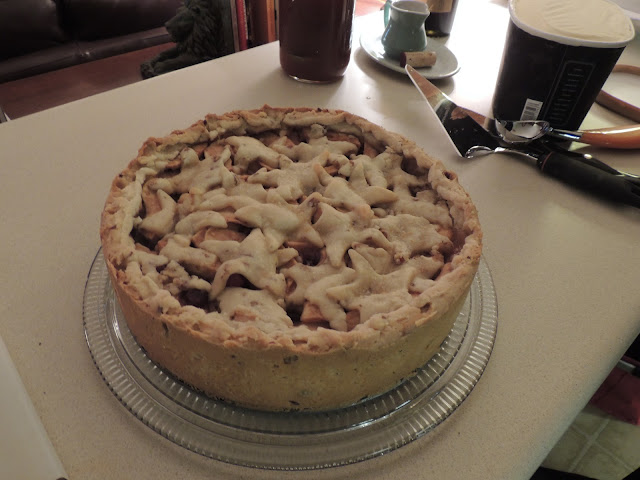 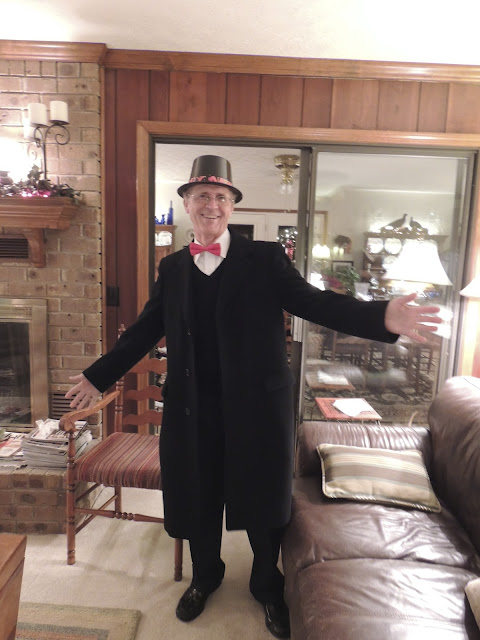 My precious FIL is always the life of the party! 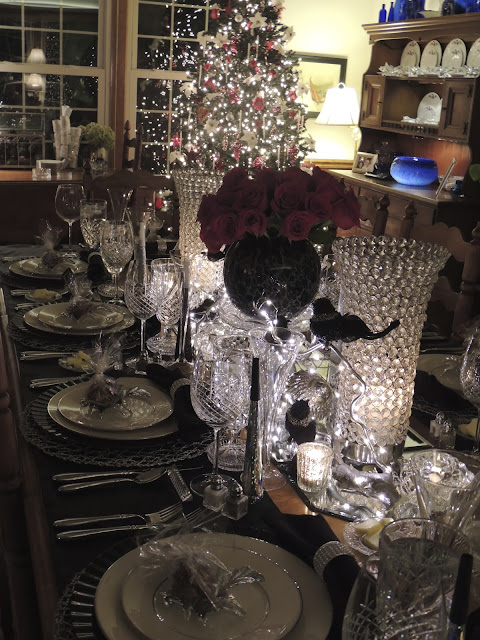 Happy New Year to everyone and Happy 15th Anniversary to us! In spite of me forgetting the champagne (another seniors moment) we celebrated a wonderful evening with family and friends.

Lay bacon on rack over a baking sheet lined with parchment.  Leave some space between each slice so they don't stick to each other.
Sprinkle with ground black pepper and then the brown sugar.  The layer of brown sugar should be thick.  Pat down the brown sugar with your palm as much as possible.
Bake in 275 degree oven for 3 hours.  Let cool on rack and then separate.  Do not layer finished bacon on serving platter until it is completely cooled to room temperature or it will all stick together.
If bacon fat coagulates on the top of the bacon, place in a warm (200 degree) over for about 10 min and blot fat with paper towel.